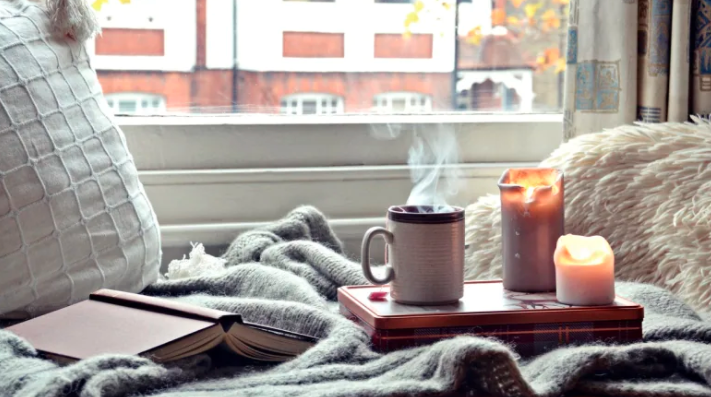 Baby, it’s cold outside — and inside.

Chances are, if you’re in the Ottawa area, you’re either wrapped in five layers and a fuzzy blanket — or enjoying the toasty autumnal atmosphere thanks to your heater.

CBC Ottawa asked readers if they caved and turned on their heating devices — or if they’re holding out, and why.

“Up until recently, Ottawa has been very warm by October standards … We still have not even had frost,” said CBC Ottawa climatologist Ian Black.

The change came quickly over the weekend with almost 50 millimetres of rain Saturday. The next day, the capital saw temperatures dip to 3.7 C — the lowest low since the first of the month.

“We’ve just been spoiled so far. I first broke down and used my furnace at the start of the month when we hit a low of 4.6 C,” said Black, who says the cold will likely fluctuate this week, but could be here to stay.

Ashley Peeva, a new resident of Orléans, said her family has turned on the furnace twice in September, but not in October so far.

“We just bought a house and moved maybe two months ago, and so we’re kind of new to having a furnace situation,” the first-time homebuyer said.

She explained normally the couple would turn on the heater on Nov. 1 to save money — but this year, they have a new reason to be warmer earlier.

“We have an eight-month-old baby now and we want to keep him toasty,” she said.

For now, the family has kept warm using another heating device on cold mornings and evenings: their gas fireplace.

With her partner’s work-from-home situation, she noted they see some colleagues bundled up in blankets on video meetings, while others are satisfied chilling in their T-shirts.

“Work from home is still a bit of a reality, so for us, I can foresee that once it does get colder that we’ll be turning on our heaters [much longer],” she said. “So it’ll be interesting to see how much an energy bill costs.”

Meanwhile, Barrhaven resident Raphael Colomel said it was way too cold in his house so he turned on the furnace over the weekend during the heavy rainfall.

Colomel, who’s about to enter his third winter in Ottawa after moving from France, says he’s “cold adverse” after experiencing “the harshest winter of his life” his first year in Ottawa.

“In France the winter tends to be much warmer than here in Canada,” he explained. “Every year around the end of September, I guess I have to prepare myself mentally for the cold. So I just turn on the heater — not a lot, just a little bit, just to get ready.”

Colomel says he also tried to remain environmentally conscious and doesn’t want to be too warm indoors. His solution?

Cold or not, Ottawa resident Dallas Harvey says he’ll stand his ground: his furnace is not going on until early to mid-November, if he can help it.

“I personally will not for as long as possible because .. I use electric baseboard heating and it easily doubles my hydro bill in the winter,” said Harvey.

He said it isn’t “super cold” yet but the dampness tends to bother him.

“As long as blankets or an extra pair of socks will work, that’s what I’ll stick with.”